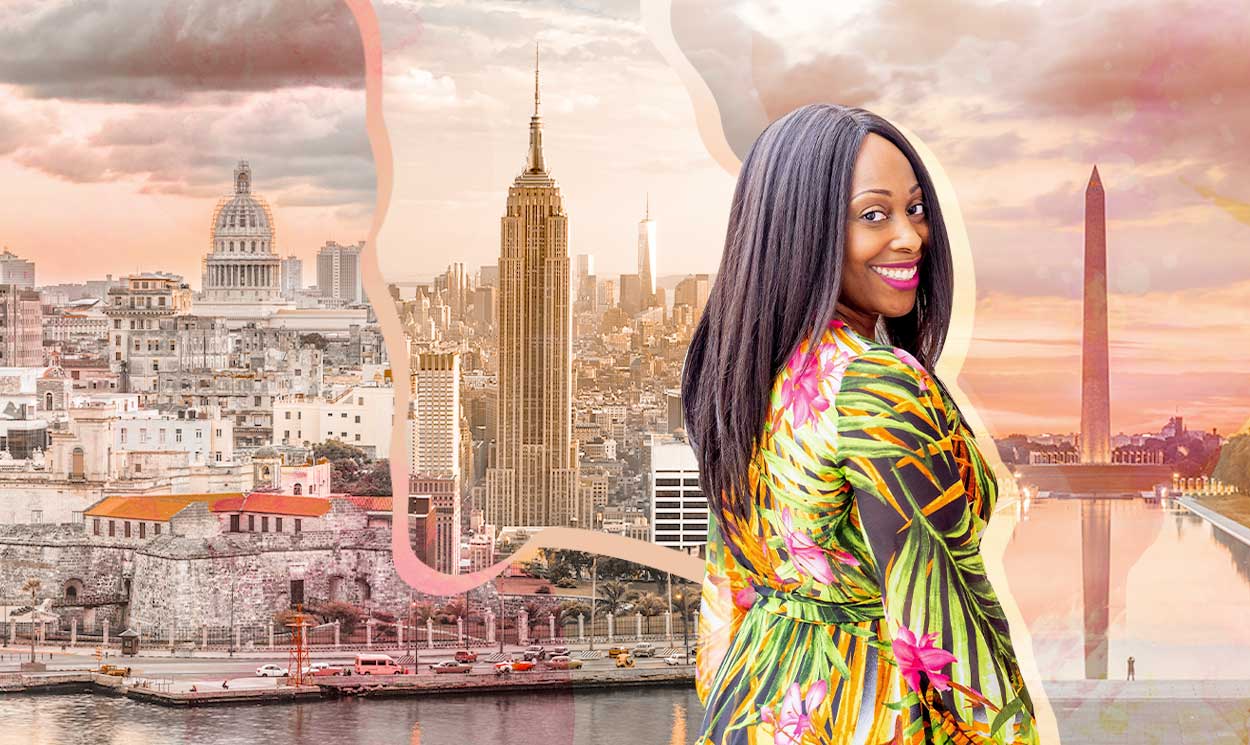 How Adriana Crawford’s Life Led Her to DEI Strategy

Adriana Crawford is a New Yorker who now lives in Washington, DC but still sounds like a New Yorker. Her accent is unmistakable—full of texture, history, and an unwavering authenticity that’s well-suited to her job as a Senior DEI Manager at Movement Strategy.

Adriana joined Movement in May 2021, a little more than a year after George Floyd’s murder prompted a global reckoning on racism. The corporate world took a hard look at its own systemic failures, particularly around diversity, equity, and inclusion (DEI). Beyond the moral imperatives for adopting DEI-centered practices, a clear commercial logic exists for attracting and retaining employees: an Edelman survey revealed that 53% of people ages 18-34 and 42% of people of all ages wouldn’t work somewhere that failed to speak out during the Black Lives Matter protests in Summer 2020.

DEI consultants are now in high demand —The Economist referred to the hiring surge as an “army of consultants and recruiters helping firms become more inclusive.” But the field remains largely uncharted: unlike sectors such as medicine or law with clear educational pathways into those careers, DEI practitioners often derive significant expertise from a combination of professional and lived experiences.

Multiple Perspectives From the Start

Adriana grew up in Hollis, Queens, a first-generation American whose family came to New York City from Jamaica in the 1980s.

“My parents were considered ‘good’ immigrants because they had advanced degrees. My dad is an engineer and my mom was a teacher and later became a nurse, so I lived this super middle class life,” she says. “But it was kind of a dual lifestyle, where when I was home we were Jamaican and ate these foods and had this culture, but when I stepped outside I was American.”

With a diverse neighborhood and active participation in her church —and a Cuban godmother with whom she learned and spoke Spanish—Adriana saw the world from multiple perspectives from the start. She injected this broadmindedness into her activities in school and at college at Rutgers, where she double-majored in Communication and Political Science, specializing in Race and Gender Theory. Adriana was also involved with Amnesty International, Dance Club, and the leadership board of the Caribbean Club.

“When I was home we were Jamaican and ate these foods and had this culture, but when I stepped outside I was American.”

Her first job out of school was working with youth who faced significant barriers to opportunity and employment, and for making the case to Fortune 500 companies about why they should take a chance on them.

“We were talking to corporate partners about what it meant when these young adults had challenges and maybe mental health challenges and how they could provide training and education,” she says. “We weren’t talking about DEI, we were just doing it,” she says.

A decade of work overseeing social impact, HR, and employee relations before joining Movement primed her to take the lead on DEI once she joined the agency, including stints at the Department of Homeland Security, nonprofit organizations, and the city of Newark.

A Pivotal Moment for Movement

Adriana stepped into her role at Movement with a DEI committee already in place. Founded in 2019 by employees and Colette Gardner, Movement Strategy’s Director of People and Culture, the DEI committee saw an uptick in interest and participation after George Floyd’s murder. The committee began with four people, and has since expanded to more than 20.

“At Movement, there’s a self awareness about what’s needed from a DEI perspective and it’s really exciting to work in an environment where the ground is fertile with good seeds,” Adriana says.

Adriana has added the crucial layer of DEI, which not only has been impactful for the People and Culture department but for the entire agency, according to Colette.

“There’s a self awareness about what’s needed from a DEI perspective and it’s really exciting to work in an environment where the ground is fertile with good seeds.”

“The agency wanted someone extremely authentic in their craft and Adriana was the perfect fit. As a partner to HR, she has added so much value and perspective which has elevated us to be even more effective for our staff,” Colette says.

The team not only sets up trainings and speakers, helps put together reports on the company but also works with teams across the agency on sensitive topics in the content produced for clients. Adriana’s work will build off their DEI report in order to enact a full strategy of objectives, goals and a road map to take action.

“When I saw there was a committee formed already and this is where they wanted to go next, I knew I could use my experience to do strategy and analysis and coaching and use my creative muscles,” she says. “No two days are the same for me.”

DEI’s Past and Future

It’s no surprise that the history of corporate diversity can be pointed to Title VII of the 1964 Civil Rights Act, which was created largely to protect corporations from litigation if they were discriminating. SHRM, the Society for Human Resource Management, says that it “prohibits discrimination in virtually every employment circumstance on the basis of race, color, religion, gender, pregnancy, or national origin.” Pregnant women weren’t protected under the act until 1978, though.

The 1980s brought an onslaught of discrimination suits filed to the Equal Employment Opportunity Commission, leading companies to initiate trainings, sometimes referred to as sensitivity trainings, that were often one-time events, with blind sign offs and acknowledgments of the policies.

As experts Rohini Anand and Mary-Frances Winters reported: “Because the training focused primarily on treating historically underrepresented minorities and women fairly and equitably in White male-dominated environments and on avoidance of lawsuits, nonmembers of these groups resented their exclusion and felt that preferential treatment was being afforded to the targeted groups.”

“Diversity, Equity, and Inclusion as a practice is the response to moving beyond the bare minimum within companies and as a society,” Adriana says. “We know that merely ‘following the law’ leaves plenty of room for various systems of oppression to exist and grow. We’ve seen and experienced it.”

“Diversity, Equity, and Inclusion as a practice is the response to moving beyond the bare minimum within companies and as a society.”

Things have vastly changed as the world’s opinions and the age of the workforce has changed. When Google published hiring data in 2014 revealing 30% of its employees were women and less than 5% of workers were Black and Hispanic (together, 5%), the tech world faced the beginning of its own reckoning.

Adriana says she’s excited about the future of DEI in a way she hasn’t been in previous years.

“At Movement, we’re not just focused on one -ism like racism or sexism. We’re expanding our knowledge and boldly talking about disability issues, body normativity, mental health, and psychological safety. DEI within Movement is regarded as it should be: an essential business strategy,” she says. “I want that to apply to all companies.”