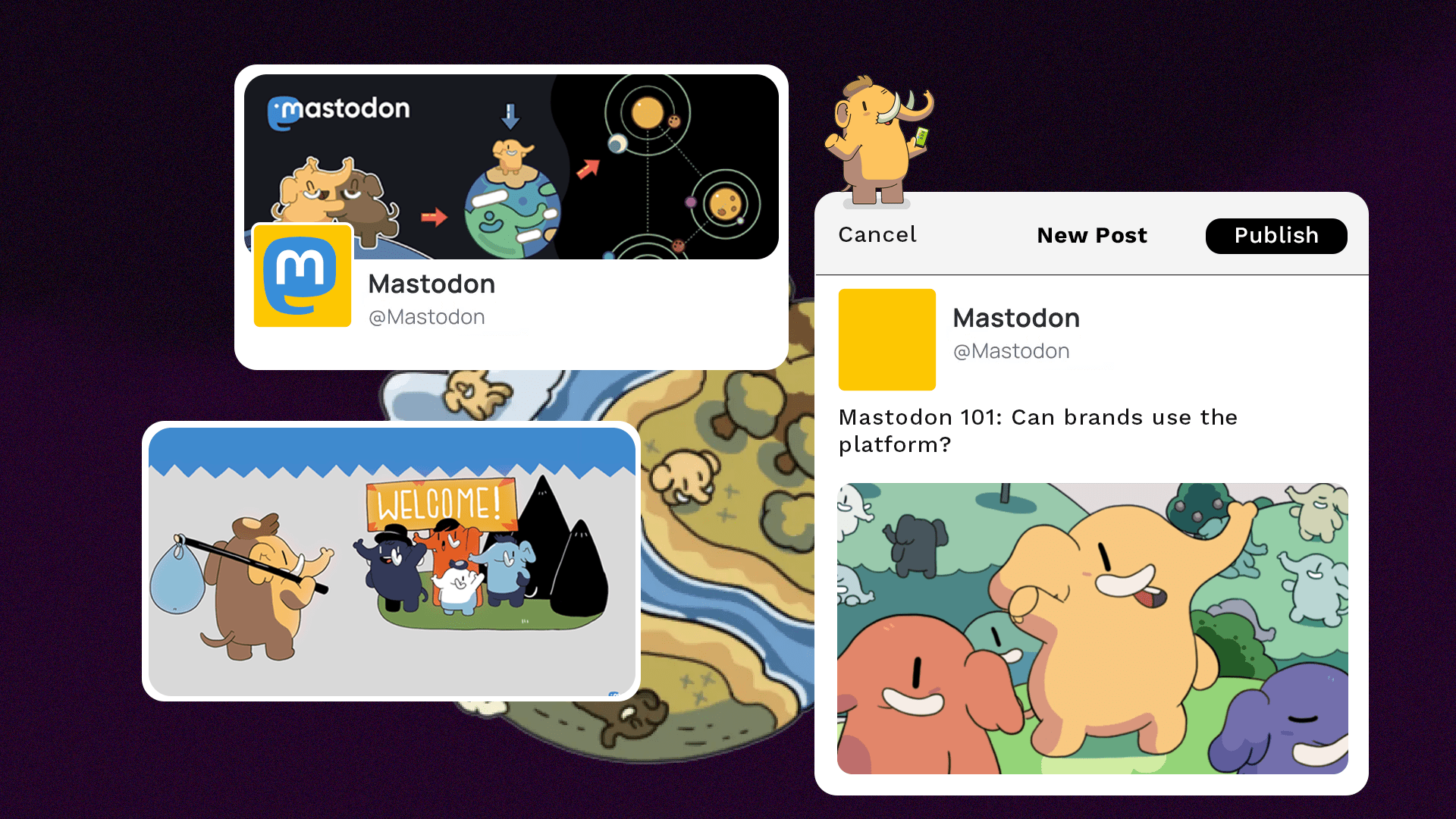 How to Get Started on Mastodon

With over half a million new users in the last few weeks, Mastodon is the social platform on the tip of everyone’s proverbial tongues. Much like users, brands are also exploring Twitter alternatives.

Can brands use Mastodon? Let’s find out if a brand strategy is irrelephant or not!

A Brief History on Mastodon

Mastodon was first released in late 2016 to a small community. By late 2017, the platform acquired one million users, with another bump in user participation the following year due to Facebook privacy concerns – especially with entrepreneurs and writers. In 2018, when Tumblr vowed to ban “all sensitive content” from their platforms, more users migrated to Mastodon. And the most recent spike, due to Twitter’s ownership takeover, established Mastodon as a Twitter alternative for every day users.

How Does Mastodon Differ From Other Platforms?

Mastodon is like a cross between Twitter and Discord, with a dash of Tumblr. Like Twitter, microblogging is a central capability on the platform. You post and then can reblog or boost another user’s post (similar to a retweet). And similar to Discord, Mastodon is made up of servers that you join, so your reach is only as far as the communities you’re in. Those servers are referred to as the Fediverse (“federated universe”).

Aside from privacy features (public posts and private posts) and 500-character messages, one of the most attractive features of Mastodon is its content moderation. Mastodon has a low tolerance for harassment with a strong emphasis on not spreading hate or misinformation. This is in large part due to the fact that Mastodon uses community-based moderation – not corporate moderation – according to server rules.

How Brands Can Use Mastodon 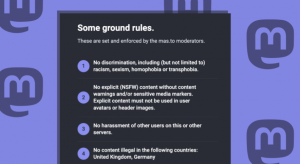 One of the defining features of Mastodon, like Discord, is that it’s an ad-free platform. So unfortunately, a brand’s Twitter strategy wouldn’t be fully applicable onto Mastodon. Instead, brands should liken its Mastodon strategy to a Discord strategy. Brands could speak directly to consumers and give users exclusive access to their brand. You can read the full article on How Can Brands Use Discord here.

If your brand’s primary goal is reach, Mastodon might be a platform to skip for now. However, if your brand is looking to create a positive, engaged customer experience on one of the fastest growing social platforms, then Mastodon shouldn’t be ignored.

For the Mastodon-curious, reach out to us so we can help build your brand’s platform strategy.