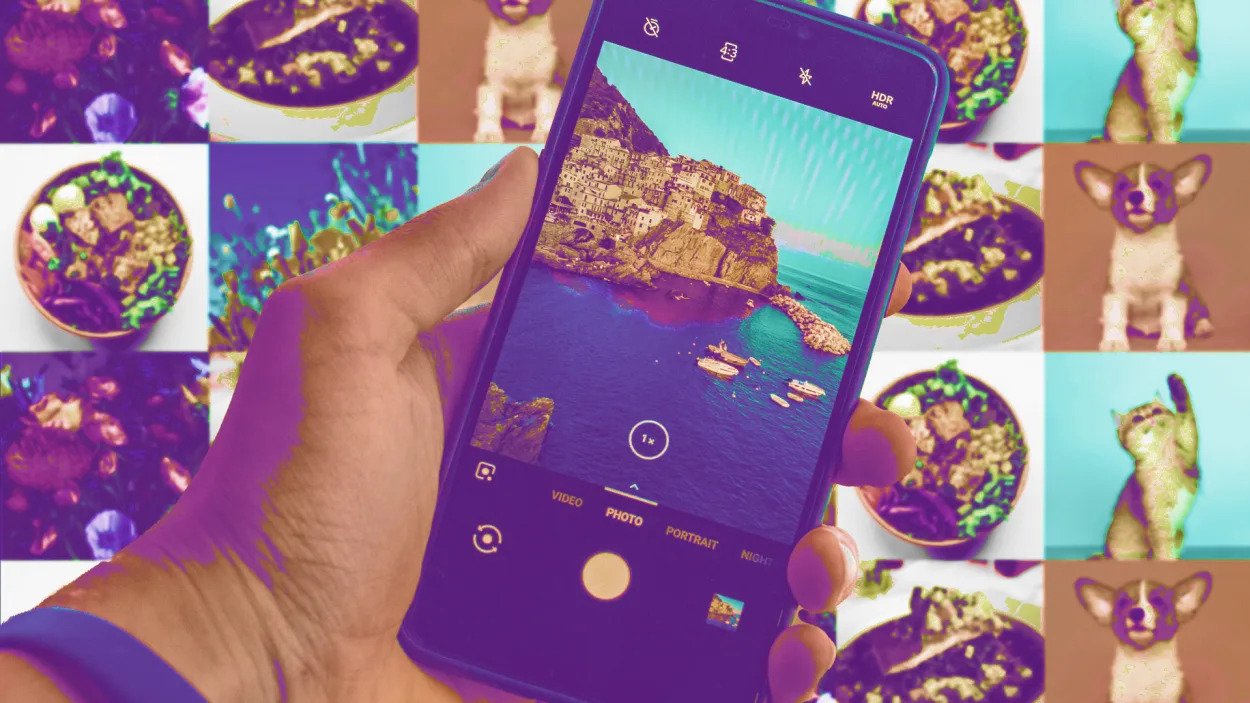 With TikTok and BeReal, Instagram needs to double down on its roots

In a TikTok-centered world, I’m still a big fan of Instagram. In fact, I even have an account where I mainly post short videos and image carousels of New Age and ambient music cassettes from the ’80s, along with stories about the artists. Back when I started it, the appeal for me was creating a collection of content, just like a collection of tapes.

But in the world of recommendation algorithms and since the mandatory conversion of all feed videos to Reels, my account seems to belong to an older era. A stranger stumbling on my videos from Reels would probably only see that single post and judge it completely out of context, even though that is not the intention of my account.

Adding Reels is obviously not the only change Instagram has gone through. You’ve probably seen headlines about Instagram copying TikTok with its approach to video content and, most recently, BeReal by testing a feature that prompts users to take a photo at a random time each day. Then there’s Instagram Stories, a response to Snapchat that in 2018 earned Instagram 300 million active users, more than the entire user base of Snapchat.

But this is nothing new or surprising, nor is Instagram the only one doing it. TikTok just got similarly panned for copying BeReal. YouTube emulated TikTok with its creation of Shorts, and TikTok mirrored Snapchat with the launch of its own Stories-like feature in 2021. Copying is also not terribly effective. For example, despite its growth, Instagram Stories never won back the valuable teen demographic that flocked to Snapchat, nor did it stop TikTok’s ascension.

Ethics aside, this is the reality of staying relevant in the fast-changing world of social media. Tastes and habits change quickly, especially because teens set the tone and they want to differentiate themselves from older generations—they want an app to call their own. And while any platform as large as Instagram could subsist on monetizing its existing audience if it wanted to, it’s not wise for any company to rest on its laurels. It is, after all, a business. When users spend time on one social app, that is less time spent on another. So, change, experimentation, and overlap are inevitable.

More important than accusations of mimicry, the debate about Instagram’s changes has started a bigger conversation about identity and whether all platforms are becoming the same. In Instagram’s case, there is something that sets it apart and is worth celebrating by both users and brands, so long as Instagram stays true to what actually makes it special.

If enthusiastic fans of the platform like me are any indication, Instagram’s core product is simply self-expression through curation. Originally, users followed each other intentionally and each post was built on the last, even if indirectly. Who you followed and who followed you had meaning, as did the sum total of all your posts.

This began to change in 2016 when the platform shifted to allow its algorithm to choose what you were served instead of showing the most recent posts from those you followed. When the algorithm takes over, it becomes less about the personality behind it and all about the post itself, reducing deeper storytelling to attention-grabbing moments, one after the other. Both brand and personal accounts have a harder time building a personality when their posts are taken out of context.

Weirdly enough, given Instagram’s admittedly shakey history with fostering “authenticity,” the platform’s curation features actually create room for more authentic forms of self-expression in ways that the current algorithm does not. But even with the way the feed now behaves, the power of curation and the possibilities it creates is what makes Instagram so special. It’s the reason why post-COVID “photo dumps” surged and finstas persist. People want to curate and use Instagram in more casual ways.

If we look at their core product as it was launched and popularized, additions like Stories still fit into this curated approach, with an added immediacy and intimacy to the posts. For brands, I’d even say that Stories have become a must-use feature, especially time-sensitive updates. By comparison, something like an algorithm-driven feed of videos is more akin to lean-back entertainment like YouTube or TikTok, and thus a bigger shift for the platform. The latter approach assumes social media is a commodity and all platforms are essentially the same. But that isn’t and shouldn’t be the case.

These changes will ultimately be a test of loyalty and a referendum on the importance of curation. Some of the changes, especially the shift to video, seem to indicate a cynical belief on the part of Instagram that their users have no loyalty to their product, that they just want a clone of TikTok with the old Instagram tacked on. While assuring that it still supports photos, Instagram also doubles down on the shift to video and the algorithm, even while admitting that its new full-screen version isn’t the attraction they hoped. Time will reveal its true intentions.

The evolution of Instagram is certain, but as it explores change, it should look at its core audience of millennials and see what they truly want, and how the app is useful and unique to them. If Instagram can crib a feature from another app in a way that is useful to that core audience, then I’m all for it. But it should still ladder up to its core proposition of self-expression through curation.

THE VALUE OF CURATION

Realistically, it’s easy to understand why focusing on its algorithmic video feeds may seem attractive to Instagram, especially if it benefits brands by immediately increasing reach. More reach means a bigger audience and brands that post a lot of good content may see an increase in engagement.

But these are short-term gains with bigger long-term costs if they go against the spirit of the platform. There’s a difference between fickle “likes” and true brand loyalty. As Instagram almost learned the hard way, if the user base defects because of changes, then those short-term gains may ultimately prove disastrous for the platform.

New updates on any social platform should be in the spirit of that platform’s core competency and brand proposition. On Twitter, that might mean short messages and hot takes. On TikTok, this may mean short videos. But on Instagram, it is curated feeds. Curation is not just Instagram’s olive branch to the users, it’s a competitive advantage for itself and the brands that use it. The alternative is to allow homogeneity to become the norm and create a much less interesting, less impactful, and less expressive future on social media for brands and everyday users.

Your Brand On BeReal: Is It Worth It?