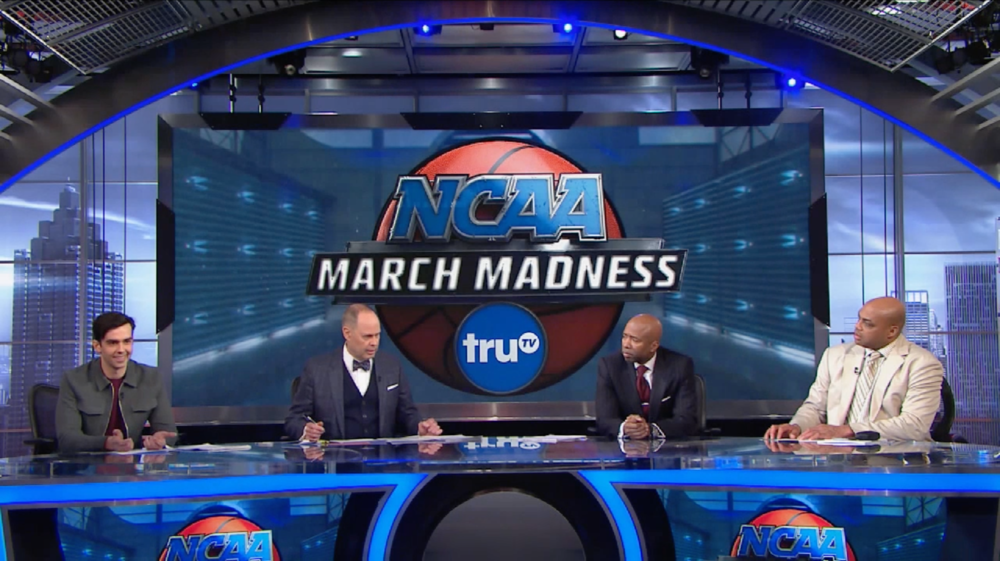 Sports fans turn to truTV to catch their March Madness games every March, even though the channel is known for its comedy programming, not sports. So every year a subset of people take to social to snark about the games being aired on truTV. Our goal? Win over this audience, show them what truTV is and why they should stick around beyond March Madness. This activation has had a profound impact on sentiment and awareness.

Using previous success to fully own it (and serve up the haters).

During our 2018 March Madness campaign, we created campaign messaging with the hashtag #HaveUFoundtruTV, announcing the network’s emergence as a premium comedy channel while playing off the joke that sports fans can’t find the channel during March Madness. By 2019, truTV had lived up to its promise, launching critically acclaimed shows and bringing major comedy talent to the network. We needed a new message, something that spoke to what truTV had accomplished over the past year while continuing to play up the deprecating tone that had worked so well for us the previous year. Through that, we landed on the perfect line (and hashtag): #truTVisAThing

CAMPAIGN ACTIVATION We set up shoots with all of the truTV on-air talent to create custom video content for the campaign.

Starting on March 13th, 2019 and continuing for the next 7 days, we put on a full-court press. Our team was listening in real-time throughout the week – creating over 800 pieces of custom content as we engaged with fans and haters alike to steer the conversation in our favor. We worked closely with Twitter to review the activation details and ensure our media approach was optimized for reach and awareness.

The time of year we wonder why everyone forgets how their remote controls work. #truTVisAThing @Dcorrigan50 pic.twitter.com/HCvlWPKOiJ

@HarryFromCBus Sigh... How many times do we have to break it down for you ding dongs? #truTVisAThing pic.twitter.com/Z9LilQsf0t

You know the drill @CoachMiles. We're in the same place as last year. This should be in your playbook.#truTVisAThing pic.twitter.com/70qRohGj8S

@truTV your social media game is on point. #truTVisAThing #legitfavoritechannel

Is there a better Twitter team right now than @truTV ? Keep up the good work. #truTVisAThing

We set out to be seen, heard and appreciated. And we accomplished just that.

The biggest win was not the overwhelming amount of impressions the campaign generated, nor the volume of conversation or the substantial press pick-up, it was changing the audience’s perception about what the network was.

As the campaign took off, so did the press. With the campaign gaining momentum and the snark on full-blast, press mentions began to roll in. Articles covering the campaign were published throughout the week and into the weekend.