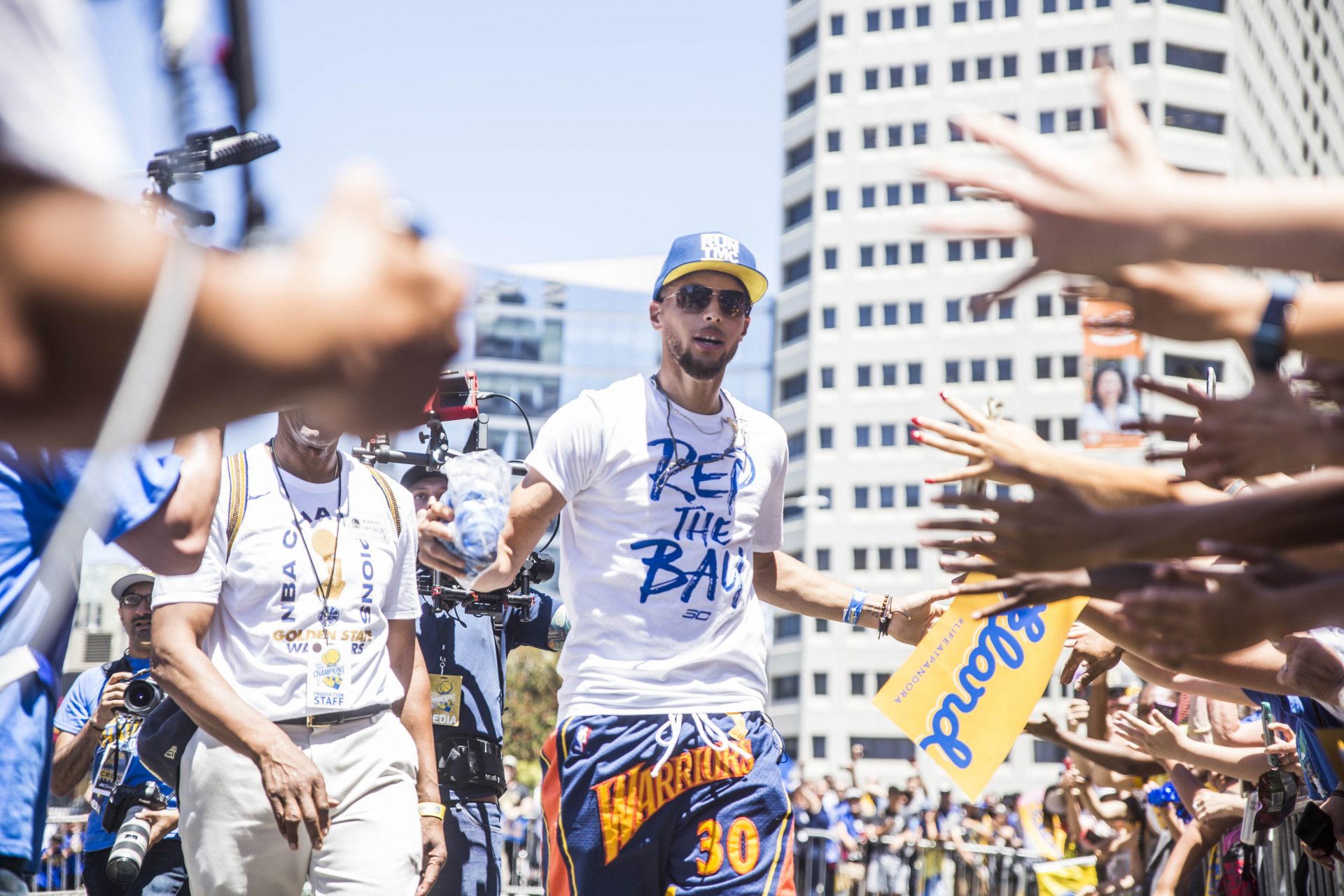 How to Score on Sports Social

Where once stood 1968 Olympians Tommie Smith and John Carlos raising their fists in the air at the medal ceremony as the national anthem played—with the media left to interpret their actions—now stand athletes like LeBron James, communicating his beliefs via Instagram, Twitter and TikTok. Social media has provided athletes with open communication channels that they can use to speak directly to fans and consumers whenever they like.

“Muhammad Ali was reliant on newspapers covering what he said or people showing up at a press conference, and then the analysis of whatever he said,” says Movement Strategy CEO Jason Mitchell. “Now athletes don’t need a newspaper or media outlet to spread their message—they have a megaphone at their fingertips in social media.”

Smart brands and marketers are looking at not just what an athlete is doing on the court or the field or the ring, but at so many other factors. What audience are they speaking to? What is their social footprint? Are they authentic? Brand audiences on social are not following and engaging with brands solely for product. Audiences are following, engaging and spending based on how they align with what a brand stands for.

As the strict separation between brands and athletes blurs, brands increasingly need creative ways to reach their goals. The social marketing objectives for sports brands are complex and often vary widely, says Movement Strategy’s Group Account Director, Kevin Smith. Kevin worked on Movement’s Under Armour account for years and has worked on campaigns for adidas and NASCAR in the past.

Unlike brands that have a sole mission to sell products, sports social is often about building awareness, community and brand affinity, which ultimately leads to product sales. With passionate fan bases, too, sports social is an incredibly competitive space.

“Under Armour is a very established brand in the space, but still a challenger to the Nikes and Adidas of the world, and the challenge is to break through against similar brands that have massive budgets, massive appeal and massive sponsorship deals with the biggest athletes,” Kevin says.

“Now athletes don’t need a newspaper or media outlet to spread their message—they have a megaphone at their fingertips in social media.”

For the Under Armour account, Movement developed a content strategy called “athlete generated content,” a spin on UGC. The goal was to develop and publish content that felt real and authentic as opposed to overly produced.

One path to success was through an Instagram content series called the #UAChallenge, where Under Armour athletes performed exercises and prompted fans to try the exercises themselves. Each athlete featured was outfitted in Under Armour apparel with tap links to purchase. This content felt real and helped us build community around the brand while also allowing us to showcase Under Armour products in a natural way.

“Under Armour doesn’t only sponsor Stephen Curry, Tom Brady and athletes of that profile. They have a full roster of lesser known athletes that were ready and excited to participate in something. We wanted to activate these athletes.” Kevin says.

The athletes weren’t just activated. Fans were, too, with thousands of UGC submissions and millions of engagements. Other real content emerged in the form of original video series, particularly on YouTube, to expand video programming in a way the brand hadn’t been doing.

The brand was so thrilled with the work, they built out their internal team to produce this kind of content at volume in-house.

Skirting the Line of Sports and Social

It’s difficult enough to break through the noise and competitive nature of social within sports when you’re a sports brand. What about what you’re a brand that’s skirting the line of sports?

Movement works with truTV, a brand that has nothing to do with sports for most of the year. It’s entirely comedy based, at least until March Madness rolls around. With a few March Madness games to air, fans are confused about where to find the channel, what the channel even is or why sports are on truTV.

Movement created what’s now become a common Twitter strategy for brands, but one they were ahead of. The truTV account became a snarky and funny person, on brand with the channel, who responded to people asking where to find the games. Through social listening, the account changed how audiences understood the brand.

“Part of the campaign is knowing we’re getting an influx of viewers for these games, so our job is to slip in some promotion of truTV’s programming that runs the rest of the year,” Kevin says.

A similar strategy was in place when Movement worked with Estrella Jalisco in 2018, when the brand was the official beer of the Mexican National Team in the World Cup. With the event taking place in Russia, matches started in the morning, a time that proved tricky to promote beer. Movement deployed two strategies at once. One part came into play by way of, what else? Beer.

“We created a video series called Wake Up with Estrella with elaborate beer cocktails and micheladas to make the night before or the morning of a game,” Kevin says. “Each drink was inspired by the team Mexico was playing that day.”

Another was by Estrella Jalisco’s Twitter, which became the biggest fan of the team, someone who could engage with fans and be a part of the community. This had to be in real-time, and not only when it came to content directly relevant to the Mexican National Team. The results more than tripled social mentions while growing the brand on social and garnering press.

The Future of Sports Social

Many sports brands are speaking up about social justice issues, but they didn’t do it in as big and bold a way as Nike did, Jason says.

Sports taking a stand can have a real impact, in engagement and impressions, dollars and even politics.

When Nike signed Colin Kaepernick, who was no longer playing football but changed football and sports as we know it, the brand made him the face of the 30th “Just Do It” campaign. This move not only had outstanding results for the brand across digital platforms, it increased sales and engagement. A big risk, sure, but a worthwhile one. The success might have been polarizing, alienating certain audiences but it won over a valuable audience.

Believe in something, even if it means sacrificing everything. #JustDoIt pic.twitter.com/SRWkMIDdaO

It’s very different, for example, to have one brand saying they support their Black athletes compared to Nike saying they’re going to put a huge ad of Kaepernick in Times Square. Kevin says it’s easy to compare two of the biggest sports leagues in the United States: the NFL and the NBA.

“One of those leagues has done a tremendous job and one of them has done a fairly poor job of navigating the current environment and understanding when and where to take a stance on important social justice issues,” Kevin says.

Sports taking a stand can have a real impact, in engagement and impressions, dollars and even politics. Just look at how WNBA players helped elect Georgia Senator Raphael Warnock when Atlanta Dream co-owner and former Senator Kelly Loeffler spoke out against the Black Lives Matter movement. WNBA players across the league—not just on the Dream—wore VOTE WARNOCK shirts, Warnock won and WNBA viewership rose 68% going into the finals. Surely it’s not a direct line, but it’s certainly something.

“It’s no longer enough for brands to just say they also support these movements,” Jason says. “I think consumers are really looking for companies that are the leaders in championing the issues that matter to them.”