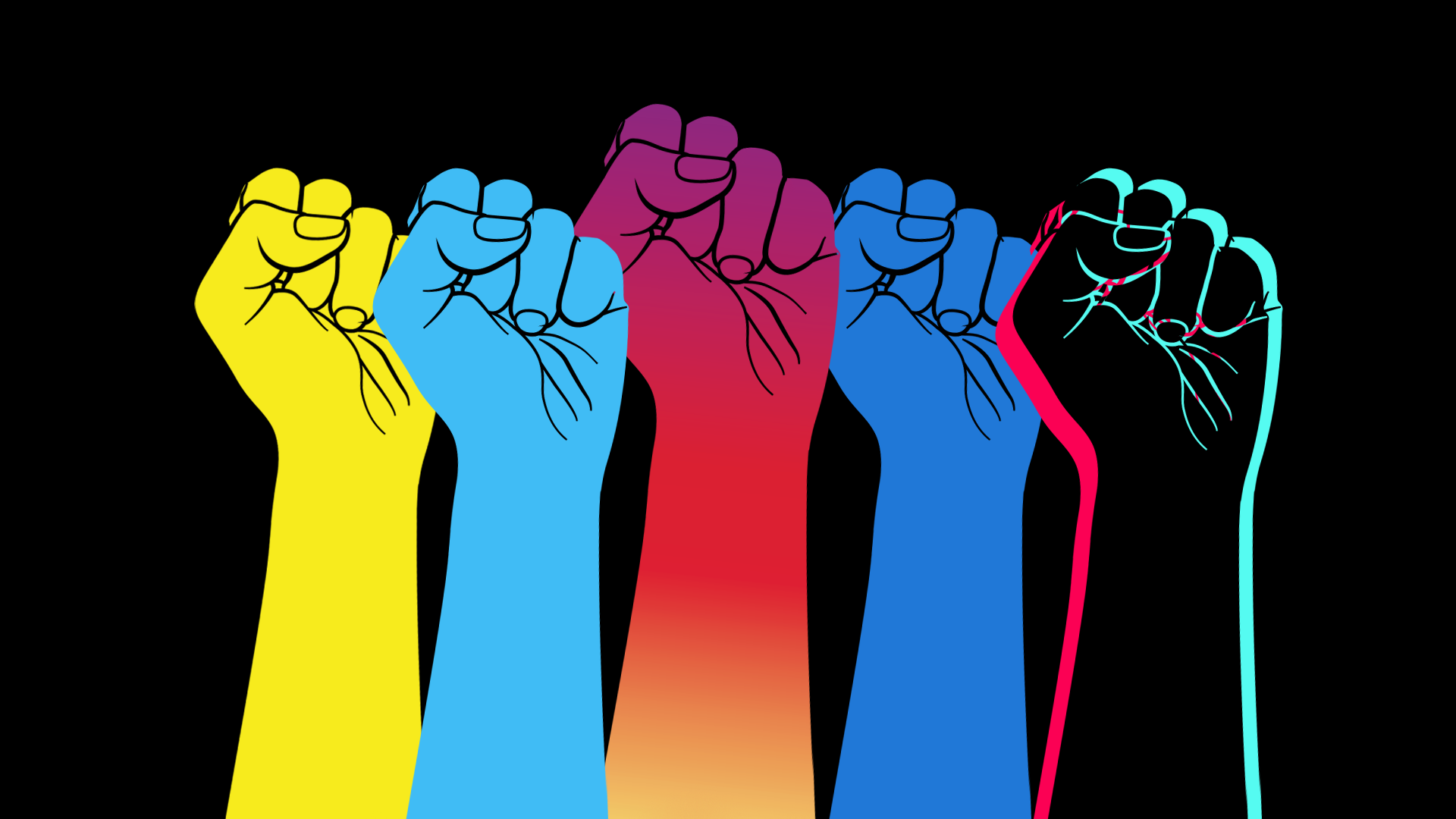 The 5 Biggest Social Media Trends of 2020

No matter where you were in the world, or what social media platform you were on, the biggest trend of 2020 was the COVID-19 pandemic. Sure, Gen Z revealed its ultimate wackiness while activism mutated into something wild and, oh yeah, there was a presidential election. But all of this was under the thumb of coronavirus. Brands had to pivot, businesses had to regroup, and the messages sent across social media set a new precedent for not just digital-first content but digital only content.

Though we’re closing a door on the year and can hope for a more positive one to come, what happened on social media in 2020 has left an indelible mark on how social can be used. Those of us who work in the social space know its power. But 2020 proved that social can be an agent of change beyond awareness and purchases.

So as you replay Mariah Carey’s Auld Lang Syne over that TikTok video you’re trying to make, we’ll raise a glass with you (digitally, of course) as we ring in a new year and look back on the biggest trends of this last one.

Social media accounts (or at least the smart ones) did something that rarely happens: they paused and took a step back. In a space that’s typically reactive, brands and people with large followings were responsive. They took the time to listen, to see what their audiences wanted to hear, to be strategic about where it was right for them to speak up: about COVID, politics, Black Lives Matter and more.

“I felt like across the board, there was just an increased sense of urgency from people and from brands in making more noise, doing more,” she says. “And because we were all kind of stuck inside, social became really one of the only channels to actually do that.”

In some cases, that meant getting involved in a controversial or political conversation. Amazon Prime Video, a Movement client, worked with celebrity talent from The Boys to speak to the importance of wearing masks. The show features consistent f-bombs, so the social post of the show’s stars saying: “wear a f&$#ing mask” spoke directly to fans while getting a point across and making a statement. It was a top performer.

Peter Parker said it best: With great power comes great responsibility. This year showed a new kind of impact social media can have. In a year where clear, accurate information was more relevant than any other time in recent history, platforms failed and rose to the challenge of holding truth to power.

Facebook made an effort to emphasize its “news ecosystem quality” or N.E.Q. scores, to surface quality journalism on user feeds in late November, but many felt it hardly scratched the surface of responsibility. After all, it came after the presidential election and nearly six months after a post from President Trump that said “when the looting starts, the shooting stars,” was not removed from the site. Mark Zuckerberg said the post didn’t violate Facebook’s rules.

Twitter, meanwhile, flagged the same post on its platform, many other Tweets of the President’s plus other misinformation across Twitter. TikTok removed election fraud misinformation and conspiracy theory posts, too.

“I was glad to see Twitter, specifically, step up and start to really flag things,” says Ryann Graham, Movement Strategy’s Senior Content Producer. “It was kind of, like, finally!”

Responsibility fell in the hands of people, too, not just platforms. Chelsea says Representative Alexandria Ocasio-Cortez (AOC) is an excellent example of this.

“She used Twitter and Instagram stories in a way that met people where they were to give information in a new and different way that I think will make her an example for a lot of politicians and other people trying to get an important message out,” Chelsea says.

The night Justice Ruth Bader Ginsburg died, AOC took to IGTV for more than 40 minutes to talk about how she was feeling and how she felt others could take action. She’s also posted a slew of stories about everything from police community information to what it’s like getting the COVID vaccine.

AOC’s own social presence cascaded and inspired others beyond the platforms she posts to. On AOC’s birthday, teens and Gen Z took to TikTok, posting makeup tutorial videos with AOC’s signature red lipstick over a mashup track of Kendrick Lamar’s “Humble” and AOC’S viral speech in response to Representative Ted Yoho’s reported verbal attack on her.

So, so many young girls wishing @AOC a happy birthday on TikTok 🎉 and this audio is now popular for makeup tutorials. pic.twitter.com/w2VnhK2YYC

Living in fear and social isolation brought a new meaning to social media: we needed it to stay connected, to feel like a part of something. Ryann says he saw Twitter become a place, surprisingly, of comfort for people.

“Since we’re all going through this chaos, I think Twitter has opened up in a fun way,” he says. “It’s like a collective mourning and party at the same time.”

Memes were shared with more fervor and sense of community than in years past, too. In the same way as the early days of YouTube, where it felt like everyone knew the same funny videos (Charlie Bit My Finger, David at the Dentist, Who All Seen a Leprechaun, Say Yeah!), 2020’s memes seemed to be ones everyone knew, too.

The President of Disney Channel pic.twitter.com/qx100mVmpq

“Over the last 10 years, everyone splintered off to their own niches of funny memes that relate to them, but this year brought everyone back together in a way where we all know the same ones,” Chelsea says. “I think there’s a larger need to have us all kind of playing around in the same spaces and doing silly things again because there has been so much seriousness happening.”

The Black Lives Matter movement did not start in 2020, but it took center stage on social media in a way it hadn’t before. The pandemic put people in a space where there was no other distraction, and all we had was social media, leaving room to amplify a lot of the things that were usually silenced. Ryann says that when the video of Ahmaud Arbery’s murder started to get attention, not only from social but also from law enforcement, something happened where all people could see on social was that.

“I remember specifically sitting and thinking, ‘Oh, this is different,’” Ryann says. “Then there was George Floyd and Breonna Taylor and there was a real shift. People had to watch. And then people wanted to be active.”

Brands took a stand, too. Sometimes an empty stand in what Ryann calls clicktivism. Black square day, a now infamous flub of activism, or clicktivism, revealed the cracks in brand responses to inequality.

“It was a little bit, like, do we need to hear from this brand on this topic right now?” Ryann says. “Seeing some get it right was inspiring, though.”

Who could forget the darling platform of the year? Not only did the number one downloaded app of 2020 lead to conversation and cultural change, it was used widely across the world and was almost banned in the US.

Chelsea says that, through her data and insights reporting, she would see trends pop up on TikTok first, get shared on Twitter then Instagram and eventually Facebook in a waterfall chain of information. Ryann doesn’t think TikTok could have been what it is without this crazy year.

“I feel like the time everyone had at home really gave people time to lean into new hobbies and find out new things about themselves, where they could find a whole community within a specific interest,” he says. “That’s what makes TikTok special, that it wants users to be as weird as can be or as specific as possible.”

While some used TikTok in an attempt to spread misinformation, others, specifically young people, used it differently. Fifteen-year-old Claudia Conway, President Trump’s former advisor Kellyanne Conway’s daughter, revealed her mom had COVID through a post on the app.

And many young TikTok creators also used the platform for impactful education.

There’s also cranberry juice and Fleetwood Mac on skateboards, whipped coffee, and all those dance videos to treasure. If TikTok 2020 is any indication, we have a lot to look forward to from the app in 2021 and the years to come.