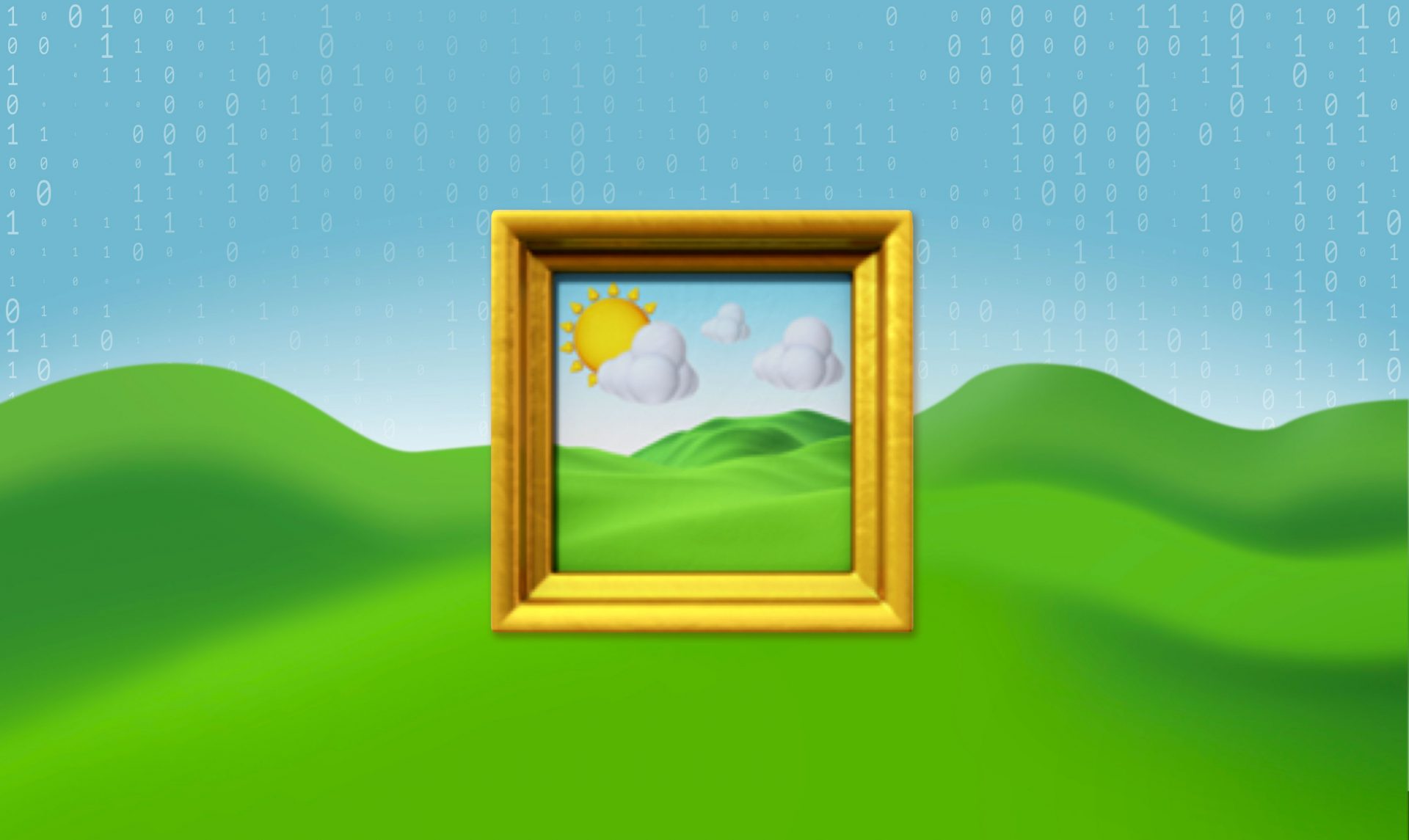 How NFTs Can Affect Brand Social Media and Marketing

It’s been a while since a new acronym has taken over the internet. After all, the first recorded use of LOL was in 1989. Between that, JK, BRB and WTF, we deserve a new one. Enter the age of NFT.

NFT stands for non-fungible token and is a unique digital item—think digital art, domain names, GIFs, audio and multimedia and even digital certificates packaged with physical items. They’re essentially digital collectibles, and while anyone might be able to rip a GIF to save it, owning an NFT vs ripping a GIF is the equivalent of how anyone can own a print of Van Gogh’s Starry Night, but only one person can own the original.

NFTs are managed via blockchain ownership, bought and sold (or auctioned) most often using the cryptocurrency called Ethereum (or ETH for short). Some even refer to NFTs as “crypto-collectibles.”

NFTs provide their own unique blend of internet culture, high-end art and investing. More specifically, NFTs are changing how brands operate on social media because everyone wants in. Ashley Ramos, a producer at premier NFT marketplace Nifty Gateway, says people have referred to what’s happening as a gold rush period.

“What I’m experiencing is exactly what it should be, where artists are not at the mercy of who would create the revenue stream for them. The artist is valued as the primary element within the transaction, Ashley says. “We knew this was going to be the growth and direction of the NFT movement, but I didn’t expect the acceleration in such a short period of time.”

While anyone might be able to rip a GIF to save it, owning an NFT vs ripping a GIF is the equivalent of how anyone can own a print of Van Gogh’s Starry Night, but only one person can own the original.

The acceleration she speaks of: Jack Dorsey’s first tweet sold as an NFT for $2.9 million dollars. NBA Top Shot sold $80 million of video highlights. TIME magazine sold four covers for nearly $446,000. The New York Times sold an article about NFTs as an NFT for $560,000. And Christie’s, a 255-year-old auction house, offered art by Beeple (Mike Winkelmann) up for auction in a digital bid that started in February. The bidding started at just $100 before being sold for $69 million to Singapore-based blockchain entrepreneur Vignesh Sundaresan, who told Artnet after the sale that the Beeple piece “has the potential to be the work of art of this generation.”

Beeple’s success could be attributed to many things, but one important factor is his large social media base that spans 2.5 million followers across channels.

“Social media, just like for anything else, is a tool for creators, artists and eventually brands to build hype and demand for something,” Movement Strategy’s Creative Director Alex Krutchkoff says.

NFTs are a prime example of how anyone with a social media audience can show the distinctive nature of an item, drumming up excitement around something that is simultaneously an experience. Combine the NFT’s rarity with thousands of flame and praise-hand emoji comments and high engagement, and the hype will ideally lead to awareness and business.

While the NFT movement has already proven wildly popular in sports, entertainment and the art scene, brands are in the early stages of sorting out how NFTs can benefit them and, of course, their customers.

Some brands have already entered the space. Nike patented blockchain-compatible sneakers in 2019. Called “CryptoKicks,” they will provide shoe owners with their own digital representation of their shoes and a crypto-token tying the shoes to the user.

Taco Bell, known for taking risks in the digital marketing space, promoted 25 “NFTacoBell” NFTs on Twitter before pricing them starting at $1 each. One of them sold for more than $3,500. Proceeds were donated to Taco Bell’s Live Más scholarship, with the owner of each NFT getting a $500 gift card to the chain (that’s a lot of Chalupa Supremes).

These moments create virality and buzz for the brand, something others have tried to emulate, even when it might not seem like a natural fit. P&G’s toilet paper brand Charmin put out its own collection called “NFT(P).” The money from sales went to the Direct Relief charity.

These examples, and iterations of them, illustrate a web of opportunities for brands. Not only is there the obvious chance to monetize the NFTs, there’s also the potential to provide a richer experience for audiences, customers and potential customers. There’s even talk about how the data from NFT sales can help marketing teams understand their customers better. And how the unique nature of each NFT will make it easier to transfer discount codes, VIP items and more (beyond free tacos).

The NFT world in and of itself is a kind of social network, but one that can further be leveraged across longer standing social networks. It’s pretty meta, but that’s the point.

Ashley says the NFT community’s values are deeply rooted in respect, particularly because of how NFTs are good for artists.

The “non-fungible” in NFT is important for indicating that these are one-of-a-kind items. Owners can’t trade in one for another. But they can resell them, with some of the resale money going back to the original artist. That’s what makes NFTs so exciting, says Alex, that they put the spotlight back on artists who have a chance to control their work and careers while being properly compensated by selling through NFT marketplaces like OpenSea, Nifty Gateway, Rarible and MakersPlace.

The thing brands have to understand is that it’s impossible to go into the NFT space and succeed without understanding it.

This is in contrast to traditional barriers to entry in the art world—galleries, graphic design jobs that are few and far between and more. The NFT space makes room for artists to attain creative autonomy and earn higher payouts after historically being hindered by costly efforts to create art and get noticed. Sales are managed via smart contracts, code that’s centralized in the blockchain network.

Unlike some social categories where people can buy followers and make a quick buck, the NFT community has more authenticity and thoughtfulness. To navigate the space, brands have to do the work.

“I have been shocked by how some of the biggest brands have come to us with such a desire to educate themselves and understand how they can use their influence as a supporting tool for the community and enter respectfully,” Ashley says. “I was expecting it to be conversations about going to market fast rather than what we’re seeing.”

The thing brands have to understand, Ashley explains, is that it’s impossible to go into the NFT space and succeed without understanding it. No one can jump in trying to capitalize and be successful, or the community will sniff them out for being disingenuous, she says.

No one can jump in trying to capitalize and be successful, or the community will sniff them out for being disingenuous.

“We appreciate the interest in the space and we will always try to foster and educate people on the space,” she says, but there’s a lot of work individuals can do on their own.

The best thing she suggests is to start by listening. Discord and Clubhouse, two newer social media platforms, are excellent educational outlets, where experts will post AMAs or host talks. The NFT Bible on OpenSea is a heavily detailed guide that’s also worth bookmarking.

Alex got involved in the NFT world by joining Clubhouse during 2020’s lonely pandemic winter. He started listening to Crypto rooms in November, and by December the conversation ventured further and further into Ethereum and NFT territory.

“It went from one NFT room to 30 NFT rooms, and I could tell we were riding a rocket ship,” he says.

Since then, he’s minted (NFT speak for debuted) his own collection for .4ETH each, the equivalent of 700 dollars at the time of the sale (since ETH is a volatile currency, the value changes over time).

His own interest and learnings via Clubhouse and beyond has only spiraled through his work at Movement Strategy, where he says NFTs come up in conversation with every single client.

“The excitement of this movement is only going to yield more creativity for artists, designers and brands,” he says. “This is the future, and it’s just the beginning of what will be a formative decade for arts and technology.”