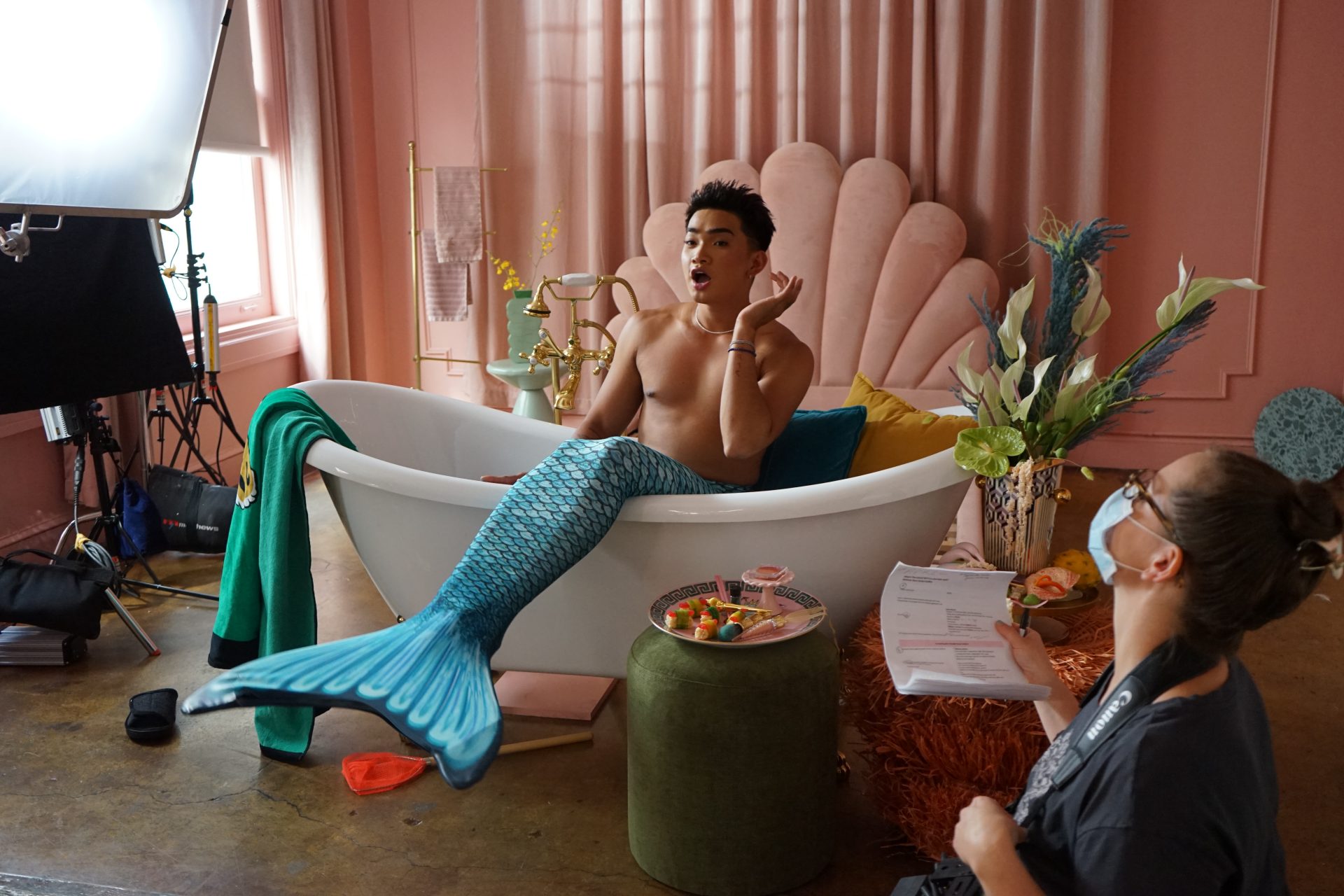 Since Movement Strategy began influencer marketing work with Klarna, a Swedish point-of-sale lending company that was launching in the US, the partnership has been equal parts creative and up for anything. As the brand integrated social media with influencer work, Klarna saw Movement as a creative partner, not just an agency partner. The result? A wildly successful influencer partnership with 22-year-old social media sensation Bretman Rock, who posted about Klarna to his own network, posed as a mermaid in a bubble bath on videos on Klarna’s Instagram feed, spoke into a crystal ball and much more.

This influencer strategy led to high engagement, millions of views and to top it all off, a very happy client, thanks to two of Movement’s players on the team: Director of Communications Vicki Ho and Associate Director of Business Strategy Carinna Perez, who each work out of the New York City office. Here, they detail the history of Klarna’s work with Movement, Bretman’s partnership and why it’s been so successful.

Carinna: We started working on Klarna at the start of the New Year, a little bit before the COVID lockdown. We were tasked to lead their always-on initiatives. As the partnership immediately evolved, our team was inspired by the business-merchant relationships and we started to think about bigger ideas, and our client recognized our holistic capabilities beyond social that has led us to develop some pretty awesome content this year.

So very quickly, within six months, they started to look to us for bigger campaign ideas, which are typically led by different agencies. We were proactively thinking bigger so it worked out well.

Vicki: We quickly learned how different Klarna was, especially compared to competitors. During the pitch process, I had known about different types of FinTech brands that are point-of-sale lenders like Affirm and Afterpay because I was a new homeowner. I was using a lot of those services to help finance my own furniture and things I needed. So I knew about the space, but I didn’t know about Klarna. But then when we got the opportunity, I loved how different it was compared to all the other brands. Klarna has personality. They’re pink, they’re bright, they have a very unique voice on social. At the time, we saw that they had just partnered with Snoop Dogg out in the UK, as well as Lady Gaga. Right away, we saw that they were really open to celebrity and influencer marketing and investing in that.

Carinna: It was important that we started out with an initial campaign to introduce the brand on US social and then we worked up to the holiday.

Vicki: Part of our strategy was to match an influencer with just as strong of a personality on the internet as the brand has. We already had our eye on Bretman Rock because he was really on the rise as an influencer himself. One of the big pieces we think about when we partner with influencers is: What is the influencer’s age and what is the average age of their audience? What’s great about Bretman is that he has a really wide range in his audience. And he’s really open about his humble beginnings, talking about how he had a tough time financially with his family and how he made it on his own. He wants to promote that and showcase that he would have loved to use an app like Klarna because he sees the financial value in using something like this.

Vicki: We initially tested how Bretman performed against our audience and seeing how receptive people were to Bretman’s personality on our feed, and vice versa. What we found out was that, with Bretman, engagement was up and conversation was up. He naturally spoke about Klarna in the fun and entertaining way we were looking for. Then we honed in on partnering with distinct and diverse internet personalities.

A huge part of this work with Klarna was answering a lot of questions. The first one being: How does Klarna work, what’s the catch? How is Klarna making money? So we wanted to convey that there really isn’t a catch. It was important for us to figure out a way to be entertaining as well as educational.

Carinna: We call it edutainment.

Vicki: So we came up with this video series with our creative team called “What’s the Catch?” We wanted to convey this educational element without making it dry, and Bretman definitely needed to be a part of it. Low and behold, he overperformed beyond our expectations. We found that people watch his videos an average of three times. It was pretty astounding to see all the results come in. That’s when we realized there’s true star power in him. His audience is not only engaged with him and what he’s saying but they’re truly loyal to him and they trust him.

Carinna: Bretman was the right personality to represent the brand in terms of being extra. You know, I wouldn’t say that he’s quirky, but he’s definitely just the right kind of different that aligns with the brand and that the brand loves. When it comes to feedback we’ve gotten from the CMO in relation to the holiday campaign videos, we’ve heard the word “spectacular,” and you always love to hear that in addition to seeing the numbers of success.

This all also happened at such a strange time not only in America but in the world with the coronavirus pandemic. But it worked out in our favor because while people were on lockdown, they were looking for activities to do and alleviate stress. We found people were shopping more, and even now going into the holidays we’re seeing an increase in terms of spend, where we’re hearing that consumers are thinking, “You know what, we’ve been on lockdown. It’s been a really tough year. We deserve it. We’re getting it, and with Klarna we can.”

Vicki: And we focused a lot of our messaging during lockdowns around shopping for essentials and making your work from home situation better. The edutainment factor was important for us and the brand to convey financial responsibility, too. It’s not about frugal spending because we are really trying to focus on not only what Klarna is but how to use it. The whole point of it is that instead of purchasing something in totality, Klarna helps pay for it on your behalf in interest-free installments.

Carinna: I think there’s also a halo effect of Bretman’s work elsewhere, too. He does amazing work with high caliber beauty brands. Between Klarna and MAC, these are like minded brands that he works with that love big personalities, and I think together, they all help each other.

Vicki: We developed a really great relationship with Bretman and his manager, where we’re really open about sharing successes and ways we can improve. This is a very collaborative working partnership. For example, for his first “What’s the Catch?” video, he ended up doing a special edit of the full episode to post in his feed because that’s how excited he was to showcase the partnership. We put that trust in them and allow them to edit it because we have such a great relationship.

Carinna: Going into the holidays, the clients are really investing in this idea. They love it so much they’re launching globally. From an organic standpoint, it’s our top performing content. A big part of our edutainment brand success this year has been attributed to our hero star Bretman, and we’re looking forward to seeing how we can continue to raise the bar moving forward.

It May Be Time To Rethink Your YouTube Strategy