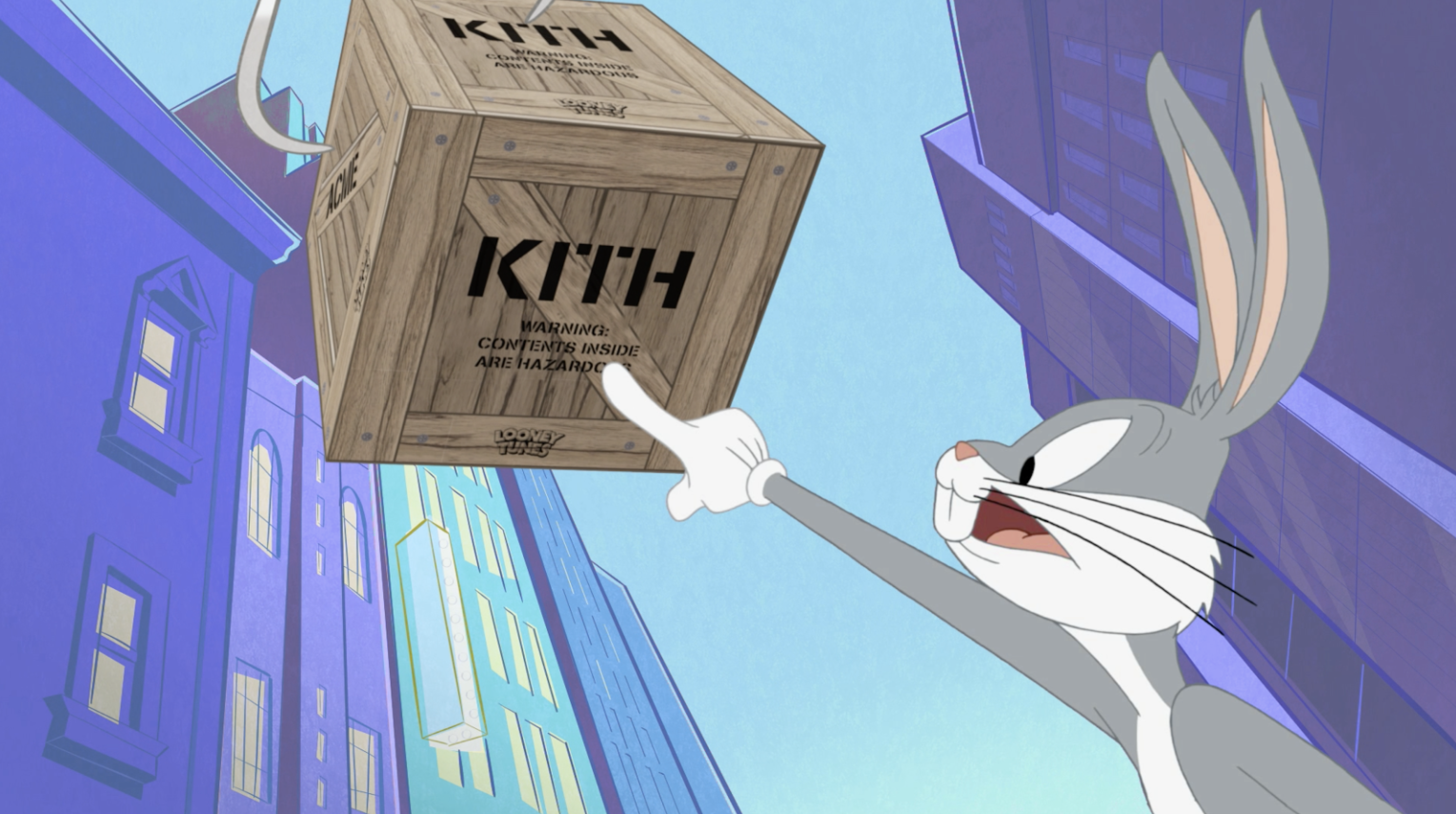 Fan Experiences for Wherever You Are

In early 2020, it was all hands on deck for Bugs Bunny. After all, the Looney Tunes character was turning 80 years old. To celebrate the newly minted octogenarian’s milestone, Movement Strategy’s creative team had a wild plan in place to celebrate on the Warner Bros. Los Angeles lot. Set for mid March, the party included a Bugs Bunny museum, screening of a new Bugs Bunny short, carnival games and new product launch. The launch was from KITH and it’d be announced in style, thanks to the WB special effects department dropping a giant ACME crate into a popup KITH store—kind of like an anvil in the old school cartoon vibe.

Bugs’ party—well, his in person party—never happened. Not the way it was originally planned. We all know what happened in March 2020. The world, and fan experiences along with it, ground to a halt.

Rethinking The Meaning of Fan Experience

“In the early days of the pandemic, we all felt very challenged by the prospect of pulling off a digital experience that felt as impactful as dropping a giant ACME crate from the sky.” she says. “We’d been doing these in-person experiences for years.”

“An experience is anything that you are drawn to and invested in and is happening for you that you’re entertained by.”

Movement Strategy had a history of success through Get Animated fan experiences, experiential marketing events created for Warner Bros. These immersive experiences took classic cartoons like Marvin the Martian, Space Jam and Animaniacs and reimagined them for fans to experience in real life. But when real life experiences were no longer possible, a pivot was in order. The Warner Bros. creative team at Movement had to rethink what “experience” even meant in a COVID world.

“We decided we can still give people an experience,” Sara says. “Because an experience is anything that you are drawn to and invested in and is happening for you that you’re entertained by.”

While restructuring the Bugs birthday party, Movement Strategy launched The ACME Intern, a social presence that had been in the works for a while and arrived at the right time. The Intern is the edgy voice behind the Looney Tunes social account, managed by social and digital strategists and the wider creative team.

A big part of the strategy was being everywhere. The Intern doesn’t just post but also comments and interacts with The Last Dance documentary, BTS, Lil Nas X and other accounts followers were interacting with.

The Intern’s planned content was just as important as The Intern’s community management when it came to strategy and fan experience. More COVID issues were at play, though.

The Intern was meant to launch by starting a job at ACME, at an office, at the same time that most people were working from home and when the unemployment rate was reaching an all-time high in America.

daffy rn sending me 15 slacks in a row to ask if i got his e-mail. pic.twitter.com/FmEGe05vgU

The Intern became a fan experience, where Movement’s creative team was essentially writing an episode of Looney Tunes that was unfolding on social in real time for people.

The Intern was a hit, with viral memes, high engagement rates, new followers and just-right Tweets that earned huge reactions.

The in-person experience became a digital-first experience, making sure that the Looney Tunes audience felt understood and seen.

my boss will probably tell me to delete this in the morning but yes what he said lol https://t.co/MIMO7OuHsR

“The Intern proved to our audience that we don’t just get them, we are them, and it’s not just about trying to sell them something or getting them to click so we hit numbers,” Sara says. “That personalization, whether in real life or digitally, is the thing that gives a fan a real experience.”

Still, Bugs’ birthday party was being planned. Creative director Alex Krutchkoff says the team decided to riff on “3D Land,” a term coined in Space Jam, where cartoons are thrown into the real world.

“That personalization, whether in real life or digitally, is the thing that gives a fan a real experience.”

The party was a hit, with a 95% completion rate for the stories and a proof of concept, Alex says, that the account needed to be doing more of this.

Alex will be the first to admit it was a creative challenge to figure out what was next, but adapting—and watching other brands adapt—was exciting.

“I was inspired by what the NBA did, how they figured out how to make it fun for fans, even though it felt like we were living in the future and this post-apocalyptic world, it did feel like there was some hope,” Alex says. “And that’s what creatives are tasked with for fans now, figuring out new ways to connect with each other.”

Just like the 2008 recession birthed technology like Uber and Airbnb, COVID has forced people to creatively adapt. Necessity is the mother of invention, so says the proverb, which is proving to be a silver lining to current times. Where pop ups and in-person immersions, and their subsequent social posts, were once the primary ticket to success, the future (whenever that may be) will undoubtedly be a world where it’s not in-person or digital first, but both coexisting.