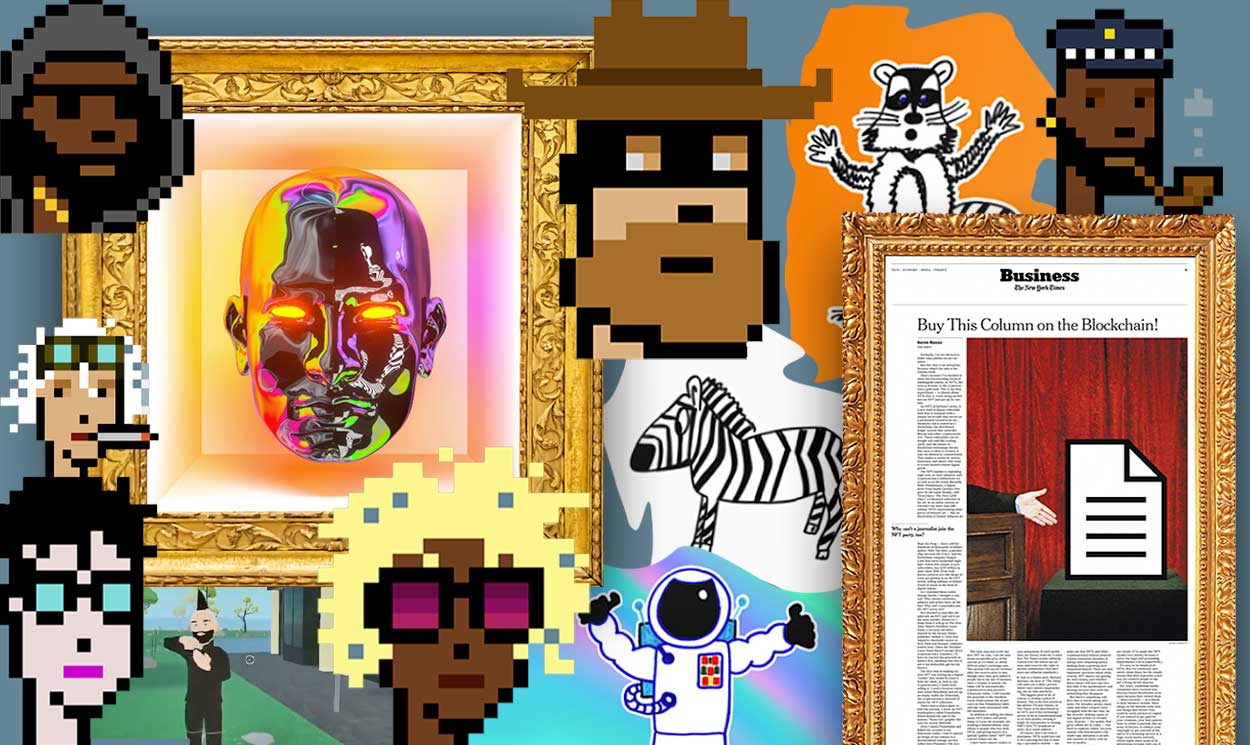 The Most Impactful NFTs of 2021

We’ve seen the headlines. Artwork, sports highlights, tweets: all of them (and more) have been packaged and sold as non-fungible tokens (NFTs), or digital collectibles that blend Internet culture with experiential consumption and investing. NFTs as a whole are challenging societal paradigms around access and ownership, and brands are adapting accordingly. We’re only halfway through 2021, but NFTs are changing the way people, brands and creators think about art and cryptocurrency. Here are some we think have had the most impact this year.

According to Movement CEO Jason Mitchell, 2021 marks a continuation of NFTs’ emergence from the prior year, but Beeple’s March 2021 sale of his artwork “Everydays” for $69 million—after bidding started at just $100 at auction—is what really put NFTs on the societal map.

“Beeple is probably the one who made NFTs as notable as they are,” Jason says. “Just the pure size of the sale puts it on par with the most expensive works of art ever, and that really captured the media’s attention in a way other things didn’t.”

In addition to selling “Everydays,” a composite of 5,000 images depicting figures from popular culture in a chronological order, Beeple also demonstrated how NFT creators retain copyright ownership of their work. While the “Everydays” buyer is prohibited from selling individual images (known as “shares”) in the piece, Beeple raised $6 million for the non-profit Open Earth Foundation through the sale of an individual share sold as a separate NFT.

While Beeple is still the most notable player in the art space, others like xcopy and Pak are exploding on the scene, while many other artists are adapting to the NFT space, too.

“NFTs quickly became the dominant form of commercial art, so platforms like OpenSea have become the new art galleries,” Jason says. “We are seeing a disruption similar to what happened in the TV/Movie space where the old players were disrupted by Netflix.”

“The team behind CryptoPunks created the protocol for NFTs atop the Ethereum blockchain,” Jason says. “People saw that CryptoPunks were the first of their kind, so that makes them incredibly important and valuable.”

CryptoPunks are the “alpha and omega of the CryptoArt movement,” according to Christie’s Noah Davis, a specialist in Post-War and Contemporary Art. Created in 2017 by Matt Hall and John Watskinson, CryptoPunks is a part of Larva Labs and consists of 10,000 algorithmically created characters, or artistic images, owned by individuals on the Ethereum blockchain.

So this happened in 2017, but why does it matter in 2021? Firstly, what Hall and Watkinson created is the bedrock for how NFTs work today with what’s called ERC-721 or the NFT Standard, which makes all NFTs unique.

Secondly, although CryptoPunks have circulated for years, their value has skyrocketed in 2021 as people increasingly see the CryptoPunks as long-term sources of value. One CryptoPunk sold for $1.5 million dollars in February, and another for $7.5 million in March.

This logic has led others into the space, Jason says, like the New York Times minting its article about NFTs into an NFT and Jack Dorsey minting his first tweet, that are moving NFTs into the realm of trading cards.

“It starts to feel like a bubble,” he says. “While some of this stuff was helpful in getting NFTs to be more widely known, it’s potentially also counterproductive.”

Cryptopunks still stand in a league of their own, but as everyone knows, copying is a form of flattery. And copycats in the avatar space have exploded onto the scene in the past six months and skyrocketed in value and importance. The most notable: The Bored Ape Yacht Club.

“This started out as a place for people who didn’t get in on the Cryptopunks and wanted their own community, and it quickly grew into something amazing in it’s own right,” Jason says.

Steph Curry, Post Malone, and Jimmy Fallon count themselves among the members of the community, where floor prices are in the hundreds of thousands and top NFTs sell into the millions. The Bored Ape Yacht Club movement echoed across the space, with new avatar projects on the daily—or even hourly—with others like Pudgy Penguins seeing some eyebrow-raising growth as well.

An NFT project from advertising mogul Gary Vaynerchuk, VeeFriends blends the online and physical worlds: rather than simply selling a digital asset, VeeFriends stores value in multiple ways, such as integrating tickets to events and gifts.

“The Veefriends project made the advertising world take notice, but quickly it seemed like every brand got involved. Taco Bell, McDonalds, Dole and basically every other brand jumped in and created an NFT,” Jason says.

One way Movement’s adapted to the NFT world is working with Netflix’s show This Is A Robbery. The docuseries tells the story of “the world’s biggest art heist,” when millions of dollars in art—namely works by Rembrandt, Degas, and Manet—were stolen from Boston’s Isabella Stewart Gardner Museum.

The art has never been recovered, but each stolen piece was reinterpreted by 13 crypto artists via NFTs, with the money going to charity.

We had 13 crypto-artists reimagine the 13 stolen masterpieces featured in This Is A Robbery. Discover more at https://t.co/eAQhu7KehU pic.twitter.com/Qbpuy9AhAH

Now that companies have done a little bit of experimenting, many of the smart ones are looking to get involved in a more meaningful way moving forward. And in a fun twist, web3 brands are doing things typically more established brands did, for example crypto.com buying the naming rates to the Staples Center.

Decentraland, an Ethereum-based virtual world, is another space Jason is watching. It’s part of the metaverse, with digital tracts of land sold as NFTs for real money and subsequently developed. Sotheby’s has opened a virtual replica of its London galleries within Decentraland.

And Movement opened its newest office in Decentraland, too, designed with 10 distinct NFTs minted on OpenSea.

“We’ve always been at the forefront of internet technology as a social media agency, and one of the reasons we were successful early on was that other companies weren’t thinking about social while we were helping brands get on social media. The same thing is happening right now with new blockchain technologies including the proliferation of the metaverse,” Jason says.